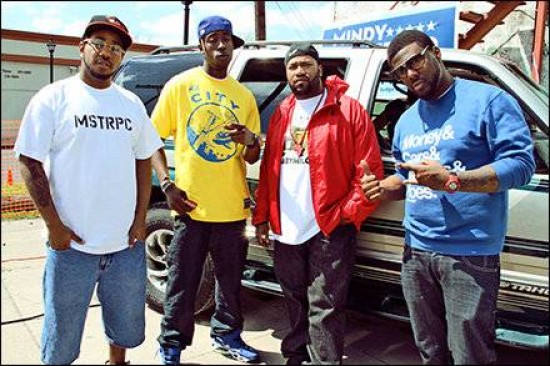 I’m very proud to introduce the world  to Pulled Over By The Cops, the new hip-hop supergroup consisting of Chuck and Mikey of The Cool Kids, Freddie Gibbs, Chip The Ripper, production-duo the Blended Babies and sometimes Bun B.  This conglomerate (sans Sir Michael Rocks) first made their mark on Gibbs’ “Oil Money” last year, and have been working on this collaborative effort in between their respective solo (and group) efforts.  They’ve already knocked a handful of tracks, and make their formal (re)introduction alongside Nate Santos, who handles the hook on this one.  The Blended Babies will be handling production throughout the project, and it’s shaping up to be a monster based on this crew’s chemistry thus far.  This is only the beginning.  Respect their Authority.

Hit the jump for the DL link.