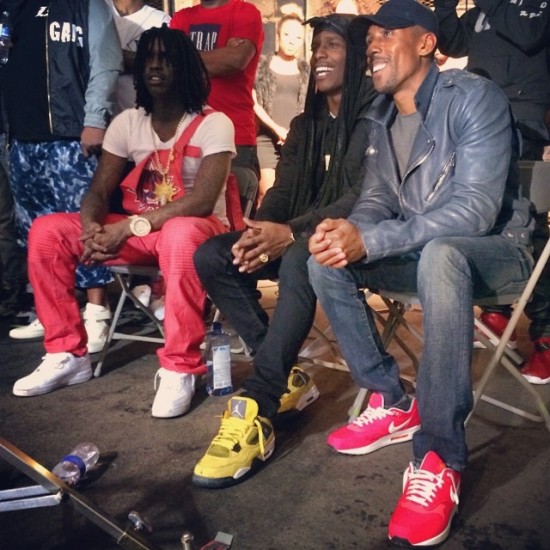 A few days ago we got a glimpse of what seems to be the official cover art for Keef’s long-awaited album/mixtape Bang 3. But we see artwork from Keef all the time, right? Well, then he let a mock track list trickle out. So it seemed more and more to be a reality. However, in the early hours of the morning, we got more confirmation as pics and video from his video shoot for “Superheroes” featuring A$AP Rocky began to surface. With his Interscope A&R on the set, no less. So yes, this thing looks to be a reality.

Want to see what went down at the shoot? Hit the jump for some ‘on the set’ pics, including some video as well as the Bang 3 cover. We’ve also included a snippet of “Superheroes,” so you can get excited for what’s to come.