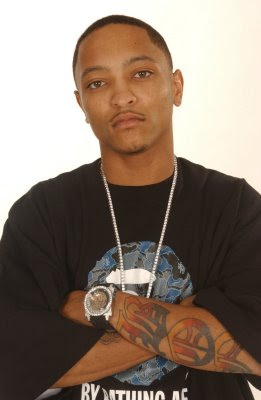 Damn.  Say it ain’t so.  Looks like Bump copped to the 2007 Oak Park bank robbery to avoid a potential life sentence.  He’s looking at 7 years.  This is tragic.  Hold your head, Bump.

Faced with a possible life sentence in federal prison, Chicago rapper Terrance Boykin, aka Bump J, accepted a plea deal that carries a minimum seven year sentence. In the plea deal signed June 26, Boykin admitted his guilt in the Jan. 4, 2007 robbery of the Chase Bank, 800 Madison St., which netted $108,135. He also admitted threatening bank employees with a gun.

Under federal sentencing guidelines, Boykin, 28, faced between 37 and 46 months in prison for the bank robbery itself, but life in prison for menacing bank employees with a .45 caliber handgun. He will be required to serve a mandatory minimum seven years on the charge of brandishing a gun during a crime of violence. He’s scheduled to be sentenced by Judge Charles R. Norgle on Sept. 1.

Police say Boykin and another man entered the bank the morning of Jan. 4, 2007, announced a robbery and took the money from a vault. Boykin was arrested in November 2008 without incident after a routine traffic stop by downstate Carbondale police.

He earned local notoriety in 2004 for the Chicago hit, “Move Around,” which was produced by superstar rapper Kanye West. At the time of the bank robbery Boykin was reportedly working on a “comeback” album and had just released a record.