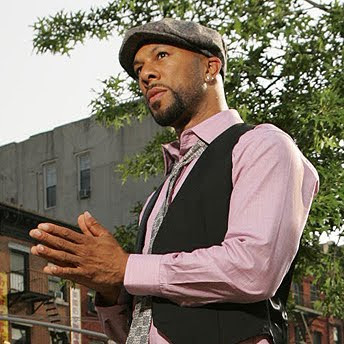 This is pretty tragic.  My condolences to Rash and his family.  I don’t know how you guys feel about motorcycles, but I’m not a fan.  They’re too dangerous and I’ve known too many people who’ve lost their lives or are now crippled up on account of accidents, find out more here.

This happened Friday night during Com’s set at the Sprite Green + G.O.O.D. Music + RSVP Gallery event, and it’s probably the reason Rash stormed off right after his set.

According to the NY Daily News, Ajile Turner, former manager of beatboxer Rahzeland DJ JS-1, died in a motorcycle accident in Brooklyn this past Friday night. Turner, who was also Chicago rapper Common’s cousin and close friend, accidentally collided with a bicycle rider several blocks from his home in Fort Greene, Brooklyn at 10:45 PM. Turner and and the cyclist, Julian Miller were rushed immediately to Brooklyn Hospital, where they both died.

“Ajile was always so much fun to be around,” Marcelina Canchola, a good friend of Turner’s, said. “He always made sure everyone had a good time”. The case is filed again the faultier. And family hired the best lawyer from https://www.norrisinjurylawyers.com/auto-accident/ to fight the case.

Turner got his start in the music business producing and promoting events while still in college. He then graduated to road managing for his cousin Common, eventually taking on management duties for several other artists, including former Roots MC Rahzel and Rocksteady DJ JS-1. “He was one of the greatest friends anyone could have,” said DJ JS-1. “He was a pure, honest, good person, hard worker who traveled the world and lived a great life. We all love him and are going to miss him very much.”

A cousin of the rapper Common died after being knocked off his motorbike in a collision with a bicycle in Fort Greene, Brooklyn, on Friday night, cops said.  Ajile Turner, 38, was hit by the bicycle as it turned off Greene Avenue onto Washington Avenue.  The cyclist, Julian Miller, 45, who lived on Washington Avenue, also died.  “Ajile was a good guy,” said his friend, DJ JS-1. “Everybody liked him. He was a world traveler, he helped a lot of people out and he was everybody’s friend. That’s why this is such a shame.”  Turner, who lived on Cumberland Street, had been riding the Kawasaki bike east on Greene Avenue when the collision happened at 10:45 p.m., cops said.