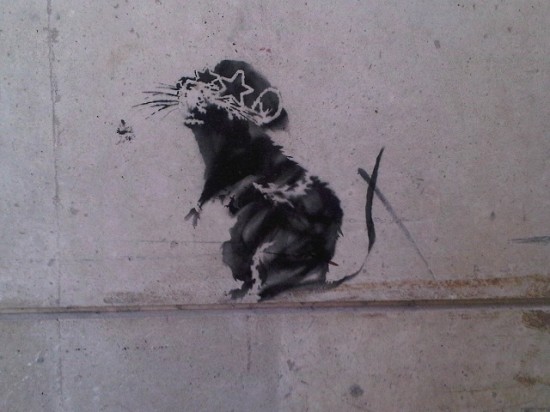 Yesterday afternoon, British graffiti artist Banksy made waves in Chicago when an Untouchables-inspired piece was spotted on the corner of Peoria & Randolph.  It was believed to have been his only mark until this morning, when a picture of one of his signature rats surfaced online.  The rat is one of Banksy’s calling cards and the mascot that covers all of his Exit Through The Gift Shop materials, and was spotted in the Loop by photographer Dankru.

ABC News is reporting that the Chicago Police Department are currently investigating the graffiti.