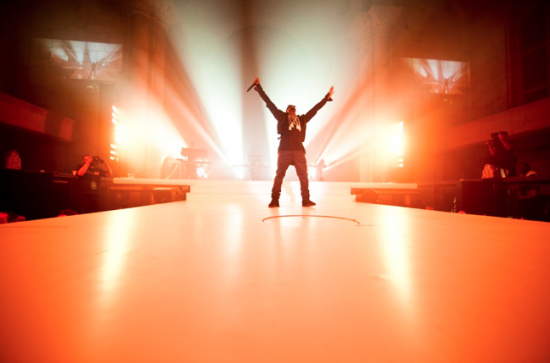 As you’ve probably seen and heard, Kanye had a ‘secret’ show last night in Brooklyn for his G.O.O.D. Music label, courtesy of the good folks at Heineken and Red Star Access.  Kid Cudi, Big Sean, Pusha T, CyHi and Mr. Hudson all took the stage alongside their fearless leader and the reviews thus far have been great.  Q-Tip and Million $ Mano DJ’ed early in the evening, and here we have some pics courtesy of 13thWitness and Team Epiphany.  Hit the jump for a full run-down on the evening as well as additional pics.  And not to worry, rumor has it Red Star Access will be coming through the Chi this summer – you didn’t hear that from me, though. Ha!

The event was A-List with a list of attendees that includes R&B singer Estelle, mogul Russell Simmons, Jay Z, Gossip Girl’s actress Tika Sumpter, model Tahiry, model Tyson Beckford, celebrity chef Bobby Flay, comedian Aziz Ansari, actress Gina Gershon, model Jessica White, and MTV host Sway Calloway. VIPs kept track of time with their Nokia Astound phones, which sent them texts to keep them updated on all things Yeezy. Although Kanye’s infamously known for his late arrival, MOST of his star-studded celeb fans stuck around till wee hours in the morning to see this milestone performance at the breathtaking Skylight One Hanson in Brooklyn. 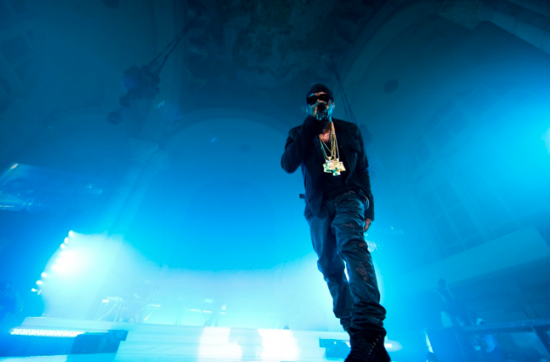 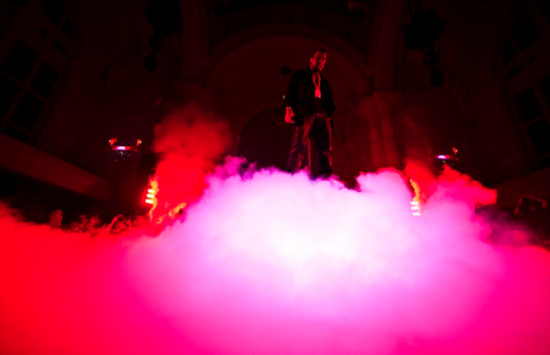