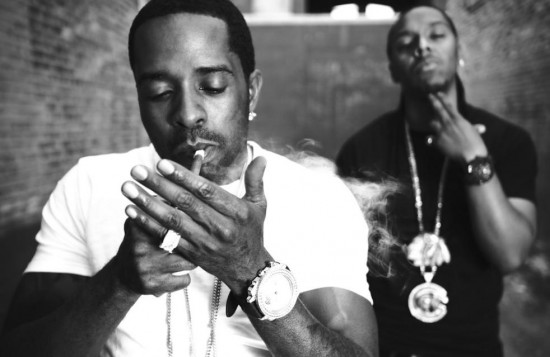 In the CPD’s statement, released to Marina City Online, they claim:

“We don’t monitor musical acts,” said Lieutenant Maureen Biggane, Commanding Officer of CPD’s news affairs department, on Friday. “In the event that we are made aware of a popular performer or act coming to town, we may adjust manpower to ensure the public safety of the community surrounding the venue.”

In response to Marina City and the CPD’s claim that the ban was bogus, Infared Music has decided to release the email sent from the House of Blues to the promoter:

the local authorities have come do us after doing some research on LEP and made it clear that we are not going to be able to have them on the bill for A$AP Rocky.  See the below research they turned up…. we just need to keep the peace.

L.E.P. Bogus Boys had this to say in response: “We don’t care about the police or their accusations. The people want to see us perform, and we just want to perform. There’s no one more Bogus than the Chicago Police Department — ask Rekia Boyd’s family.”

Below is the research the local authorities dug up:

http://www.hiphopdx.com/index/news/id.10675/title.lep-bogus-boys-explain-chicago-rap-diversity-gang-culture
“The Low End Professionals have a history tied to the streets. Moonie recently returned from a five-year prison sentence. Count says that based on history alone, Chicago deserves a place in the lineage of Gangsta Rap. “Crips and Bloods, all that started in Chicago. A guy by the name of T. Rodgers took it to L.A. in ’67, ’68, somewhere around there. And it blew up. [Rap listeners] have heard from every element but the streets.” With songs about hustling, robbery and the decayed surroundings of some of Chicago’s neglected neighborhoods, the streets are alive in L.E.P. Bogus Boys’ music.”
http://smokingsection.uproxx.com/TSS/2010/10/a3c-artist-spotlight-l-e-p-bogus-boys
Before Freddie Gibbs made grittiness hot again, the L.E.P. Bogus Boys were making noise with street-inspired rhymes that could only come from the roughest parts of Chicago. They’ve lost two members to gang violence over the years, but the Low End Professionals still spit Tupac and Scarface-inspired rhymes like it’s 1994 and it works for them.You’ll feel like you’re in a time warp listening to them. The good kind. Think: Back To The Future, not Time Cop.

Even as L.E.P. Bogus Boys keep it street, they’re still business minded entrepreneurs, releasing tracks on a national scale from their label, Infrared Music Group. In September, the Bogus Boys gave a behind-the-scenes look at their next video, “Goin’ In For The Kill.” It doesn’t get more gutter than staging a bank robbery, and the right wing disguises were a nice touch (their version of Mrs. Palin will leave quite an impression). L.E.P.’s mixtape Don’t Feed The Killaz Vol. 3 will be available on Halloween.