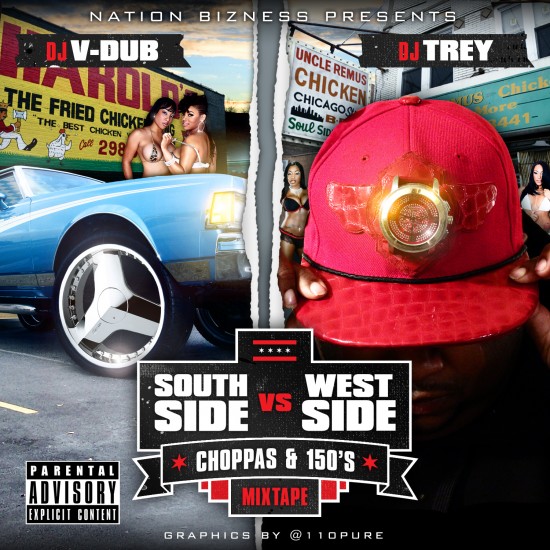 DJ V-Dub, who is still celebrating his win as the Midwest Mixtape DJ of the Year, has linked with DJ Trey to bring the city together on one mixtape. Dropping within the next few weeks is South Side vs. West Side: Choppas & 150s, which will be a quarterly series featuring 14 tracks – seven from the West and seven from the South. That’s unity. Leon Rogers and Lil Rell will be hosting the mixtapes and representing for their respective sides of town.

The first leak comes from Leoski D and will be featured on volume one. V-Dub adds:

SAME AS ALWAYS NO POLITICS, OR PAYOLA JUST SEND US THE HEAT FOR SOUTHSIDE THEMIXTAPEBULLY@GMAIL.COM & FOR WESTSIDE ARTIST SEND TO DJ TREY DJTREYVIOLATOR@GMAIL.COM