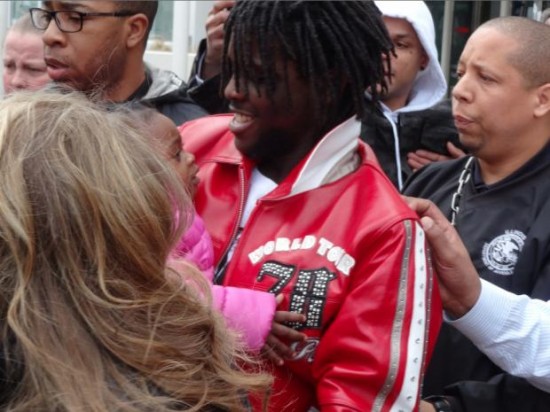 This has become a revolving door for Sosa. As soon as he gets out, the judge tosses him right back in. Just moments ago, Chief Keef was sent back to the big house for a probation violation. Keef hinted at this on his Instagram at 3:10pm (“In court Finna go to Jail Judge Wants to send me Back”), and DNAInfo was just confirmed it to be true. No word on what Keef was violated for.

The rapper, whose real name is Keith Cozart, appeared before a county judge in Skokie and was being transferred to the Cook County Jail Wednesday afternoon.

Update: Keef ordered to rehab by judge. Details below.

Keith Cozart, known as the rap artist Chief Keef, is back in custody after failing two drug tests and is due to appear in court today to determine where he should undergo drug treatment, officials said.

A judge on Wednesday had ordered Cozart to undergo 90 days of drug treatment at the Haymarket Center, a residential treatment center on the West Side.

But Cook County sheriff’s officials delayed sending him there pending a hearing today to clarify with the judge whether he intended that Cozart be housed in a facility that is not guarded, sheriff’s spokesman Ben Breit said.