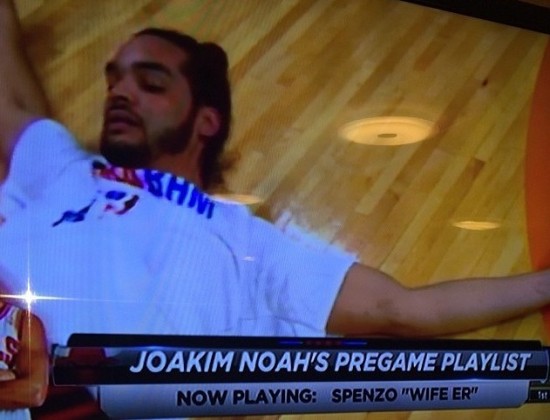 In this business, you never know who is listening, and you never know who is watching. So earlier today, Joakim Noah caught Bulls and music fans by surprise when he released his official pregame playlist. Noah’s list featured the standard rap fare from the national spectrum, but did include one local favorite — Spenzo’s bubbling hit “Wife Er.”

As this song picks up steam across the world, I’m guessing we’ll soon hear it playing during Bulls home games thanks to Noah’s cosign. They even ran a quick promo for it on TV this evening. Crazy. My only question is, does Noah wife her? Or does he one night her? Enquiring minds want to know.