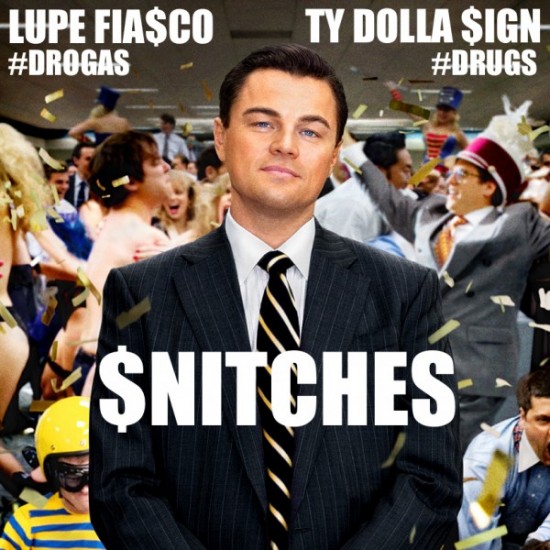 After teasing it a while back, Lupe liberates his collaboration with Atlantic label mate Ty Dolla $ign — “$nitches”. After hearing this one, we’re going to need some more joints from Lu and Ty. Word has it that this record won’t be included on Lupe’s Tetsuo & Youth LP, which is scheduled to impact later this year.

Don’t forget you can catch Ty Dolla $ign hitting the stage alongside Saba, Mick Jenkins and Leather Corduroys at Reggie’s on March 6th for the latest FSD and Red Bull Sound Select show. Tickets are only $3 right now if you RSVP at the Red Bull Sound Select site. Tickets will be $3 at the door the night of the show until 9:30pm. After 9:30p the ticket prices will jump to $10, so be sure to get there early.