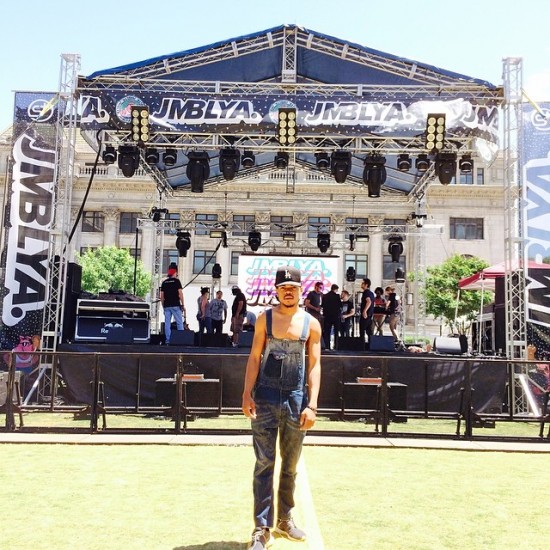 Over the weekend, Chance The Rapper and his father, Ken Bennett, helped organize a Save Chicago campaign which called on community organizers to get out and prevent violence on Memorial Day. The campaign resulted in the city going an entire 42 hours without a single incident.

Today, Chance took to Twitter to break down and explain what exactly went into the campaign. Read what Chance had to say below.

when i was in LA My pops asked me to help with a project. He was tryin to get Community Org’s in CHI to prevent every murder on Memorial Day. He had talked to Churches, Schools, Outreach Prog’s and Business’s, trying to get them to commit to saving every life possible yesterday. The plan was to get these mass numbers of people out on street corners Friday night with posters and banners and custom stickers with the plea “#SAVECHICAGO“. His plan was to get radio stations like @WGCI and @Power92Chicago to say “PUT YOUR GUNS DOWN CHICAGO” every hour on the hour the wk before. all he asked of me was to say something on social media. and so i did ambiguously through tweets that hinted at an album, or a song #MAY23rd. And even though i was outta town i checked in constantly. come to FIND OUT WE WENT 42 HOURS FROM THURSDAY TO SATURDAY NIGHT W/O ONE SHOOTING. not one reported shooting from the day before we stepped on those corners til the day after. http://abc7chicago.com/news/shootings-end-memorial-day-weekend-violence-reprieve–/76272/ … and when monday came this is what happened http://www.chicagotribune.com/news/local/breaking/chi-man-wounded-in-grand-crossing-shooting-20140526,0,6608509.story … Read that from top to bottom and then come help us #SaveChicago