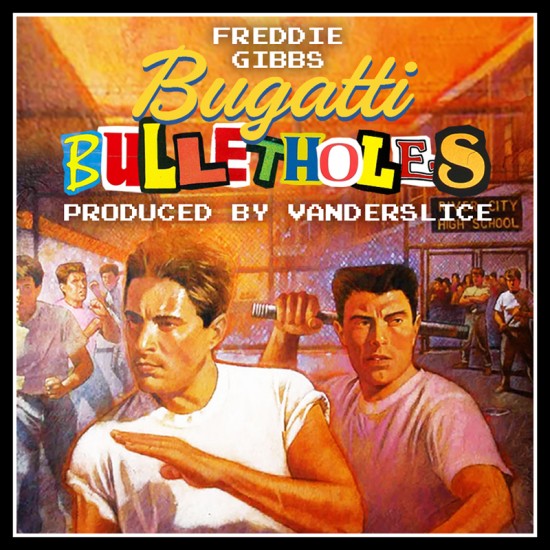 Gangsta Gibbs is back with some fierce darts for his foes on this new Vanderslice-prodiced “Bugatti Bullet Holes.” And you know when Gibbs is on his G shit no one is safe. This is the last and final leak from producer Vanderslice’s new album, Everything’s Awesome, which drops tomorrow (May 6th.)