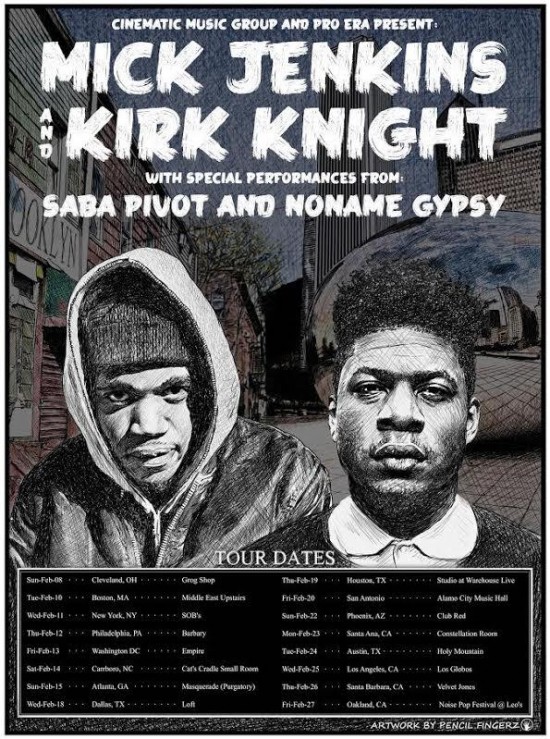 Congrats are in order for Chicago’s own, Mick Jenkins, who is set to embark on his first-ever headlining nationwide tour starting in February. Mick is co-headlining a domestic run alongside Pro Era’s Kirk Knight. Making things even doper, is that Saba and Noname Gypsy will also be along for the ride, who will be joining as support for the tour.

They kick off February 8th in Cleveland, OH and end on February 27th in Oakland, CA. So yeah, they’re really going all across the country. Check out the dates above, and be sure to catch them when they’re in your city.