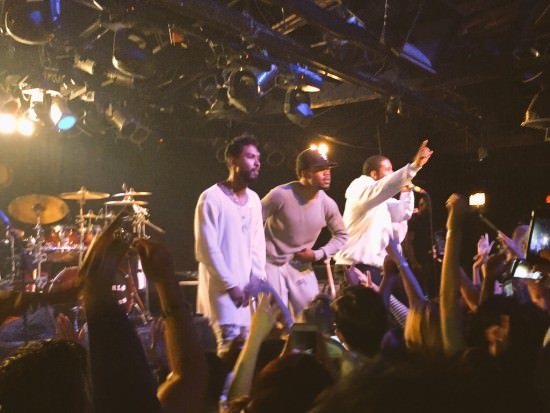 Late, late, late last night, R&B boss man Miguel took to social media to announce that he was hosting a secret concert in Chicago — at 1:30am to be exact. Without much notice, Miguel instructed fans to head to Joe’s on Weed Street in celebration of his new album, Wild Heart.

But the surprises didn’t stop there, as Miguel also brought A$AP Ferg along for the show, who popped up and did a guest set. Those who were able to get through the door, were also treated to a surprise appearance from Chance The Rapper, who joined Ferg for a number of tracks and even did his own joint, “Sunday Candy.” Check out the madness below.