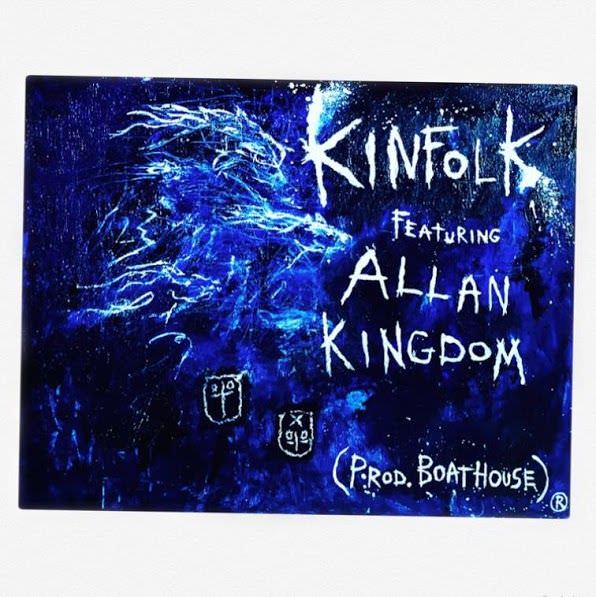 The Midwest is most definitely united on this one. Chicago, Milwaukee and the Twin Cities. So as the story goes, a few weeks back Allan Kingdom was in the Chi working and performing with the Closed Sessions fam. And while here, he got on a track with WebsterX who was in town from Milwaukee. Throw CS producer Boathouse in the mix and you’ve gotta monster. You want more details? We got ’em for you thanks to Complex:

“’Kinfolk’ came about in a post midnight atmosphere, to be honest it was one of my first times being in that late night studio vibe outside of my hometown of Milwaukee. Producer Boathouse, photographer Sam Schmieg and myself were all vibing out in Chicago after a night of heavy Mexican food, a night at creative country club Soho for an Allan Kingdom private performance and Soundscape Studio’s Michael Kolar and producer Odd Couple making way too many ridiculous jokes throughout the night.

What I mostly want people to understand with this song is it came from a natural place. Making this song was special for me because Boathouse and I decided to start creating something from scratch for a vibe I was looking to go more towards my debut album. I freestyled a good majority of my verse and the chorus all came in no more than 15 minutes. We finished my part of the song that night. If there’s a better indication of how well that night went I’d like to see it because everything coming so fast to me like that really showed me how I’ve grown as an artist.

Adding Allan was an obvious choice, we clicked within minutes for the sole fact that we’re both Midwest artists with African roots and want more than just the glitter and gold of success. We both want an atmosphere where it’s not weird for talented artists to reach out to other talented artists, we both listen to a lot of upcoming new music and it all just doesn’t really matter, ‘Kinfolk’ is a collaboration effort, ‘Kinfolk.'”