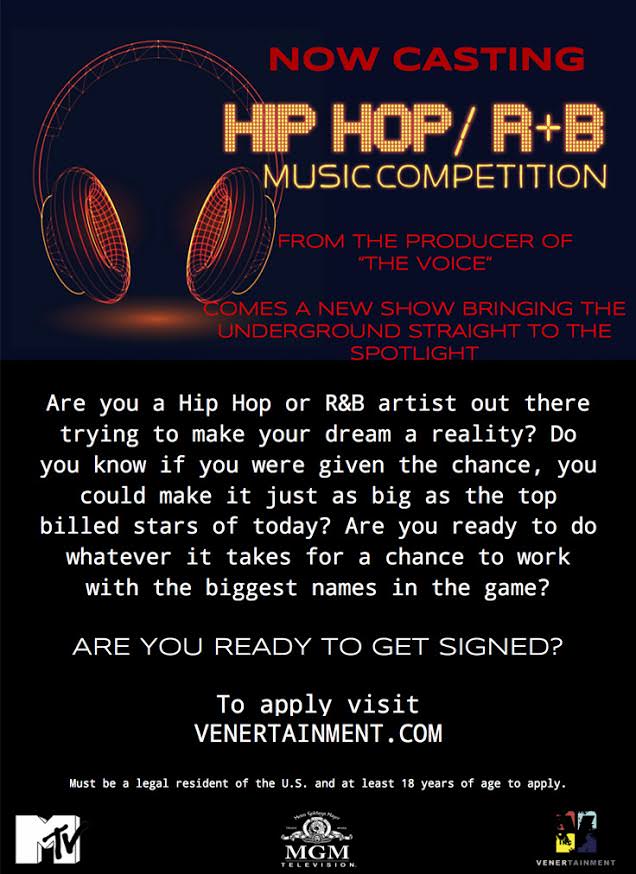 From the producer of The Voice comes a new show bringing the underground straight to the spotlight. Now is your chance to get discovered — and on reality TV.

Are you a Hip-Hop or R&B artist looking to break big and finally make your dream a reality? On one of the largest platforms in entertainment at that? Are you willing to do what it takes to become one of the top acts of the game and be seen by millions of people?

If you’re tired of waiting and want to take control of your career, today is the day.

Must be a legal resident of the U.S. and at least 18 years of age to apply.

To read the full press release and announcement, you can do so below. Good luck to all applicants…tell them FSD sent you.

Welcome to the recording studio, where talent is transformed and legends are discovered.  At the intersection of music and business, this show gives hip-hop’s freshest talent a chance at every musician’s dream: getting signed.  Mark Burnett, the executive producer of Shark Tank and The Voice, brings us the best of both worlds, with undiscovered artists performing in front of music’s biggest moguls, each eager to sign the next breakout star.  But forget the shiny floor stage: It’s all happening in the recording studio in the first of its kind, organic music competition series that breaks all the rules.  Burnett and MGM Television will executive produce.