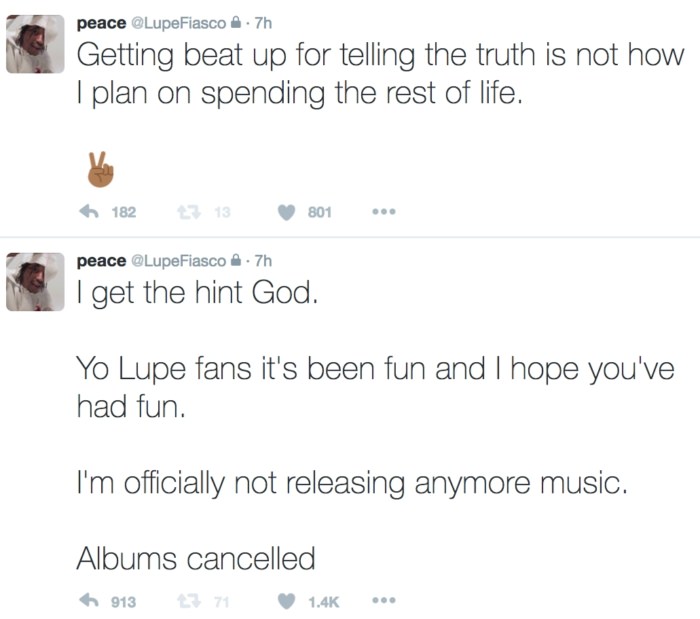 Yes, Lupe Fiasco has toyed with retirement in the past, but this time I think he’s for real. I know I’ve gone on record as saying rappers never really retire, but this could be the end for Lu. Yesterday, Lupe dropped his “N.E.R.D. (Freestyle)” where he spit a line about “dirty Jewish execs,” that did not sit well with the general public (understandably, of course). In fact, Soundcloud found it offensive enough to remove from their site.

After a barrage of attacks on social media, Lupe took to Twitter to announce that he’s done with releasing music and that his forthcoming projects are on hold: “albums cancelled.” Is this the end? Only time will tell.