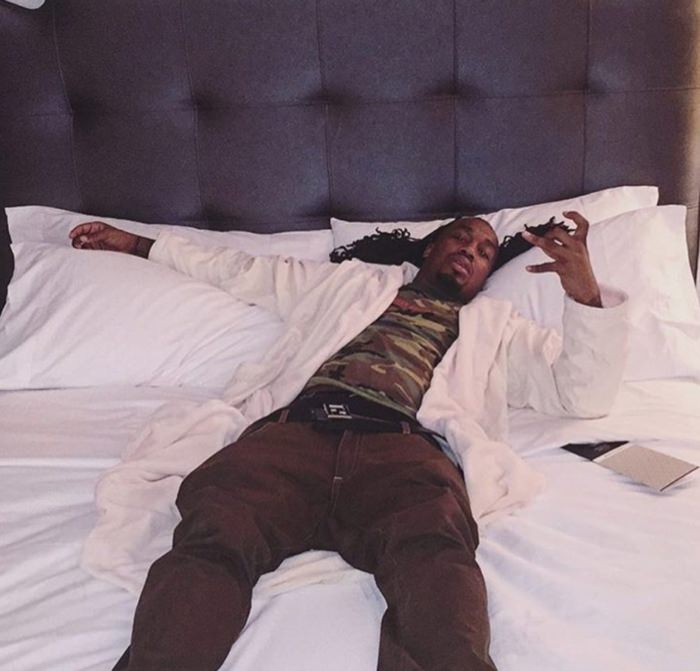 DNA Info is reporting that Chicago artist and rapper behind the 2013 hit “Fe Fe On The Block,” Stunt Taylor, has been arrested and charged with using a stolen credit card to book out a block of rooms at the pricey Waldorf Astoria hotel in the Gold Coast — and renting them out AirBNB style.

The man racked up nearly $7,000 in fraudulent charges on New Year’s Eve and then tried to turn a profit renting the hotel rooms via social media, prosecutors said.

“Why not go to the Holiday Inn?” Cook County Judge Adam Bourgeois Jr. asked during a bond hearing Tuesday. “It wouldn’t be that much money.”

According to court records, 27-year-old Kyle Taylor booked at least two rooms at the Gold Coast hotel at 11 E. Walton St. on Dec. 31.

He used a stolen credit card to charge $6,228.53 in hotel charges and an additional $536 in valet fees, an arrest report shows. Hotel staff realized the card was fraudulent when Taylor tried to book additional rooms Jan. 1, prosecutors said.

Taylor is charged with theft/deception, a Class 3 felony.

According to defense attorney Stavri Vako, Taylor works as an entertainer and rapper.

No one wants to be a victim of credit card fraud, but cardholders are typically only on the hook for up to $50 in unauthorized charges, thanks to the Fair Credit Billing Act. But by the time the card is canceled, the fraudster has often made several purchases — hurting the retailer in the process.

“Card-not-present” fraud, also known as remote fraud, which encompasses debit cards, credit cards, and other types of payment cards, increased 29% in the United States between 2015 to 2016. And in 2018, this type of fraud cost $27.85 billion in worldwide losses, according to The Nilson Report. That figure is projected to rise to $40.63 billion in 2023.

In an effort to help lock out carders, online merchants have implemented security measures that can help protect consumers and sellers. Here are several of them.