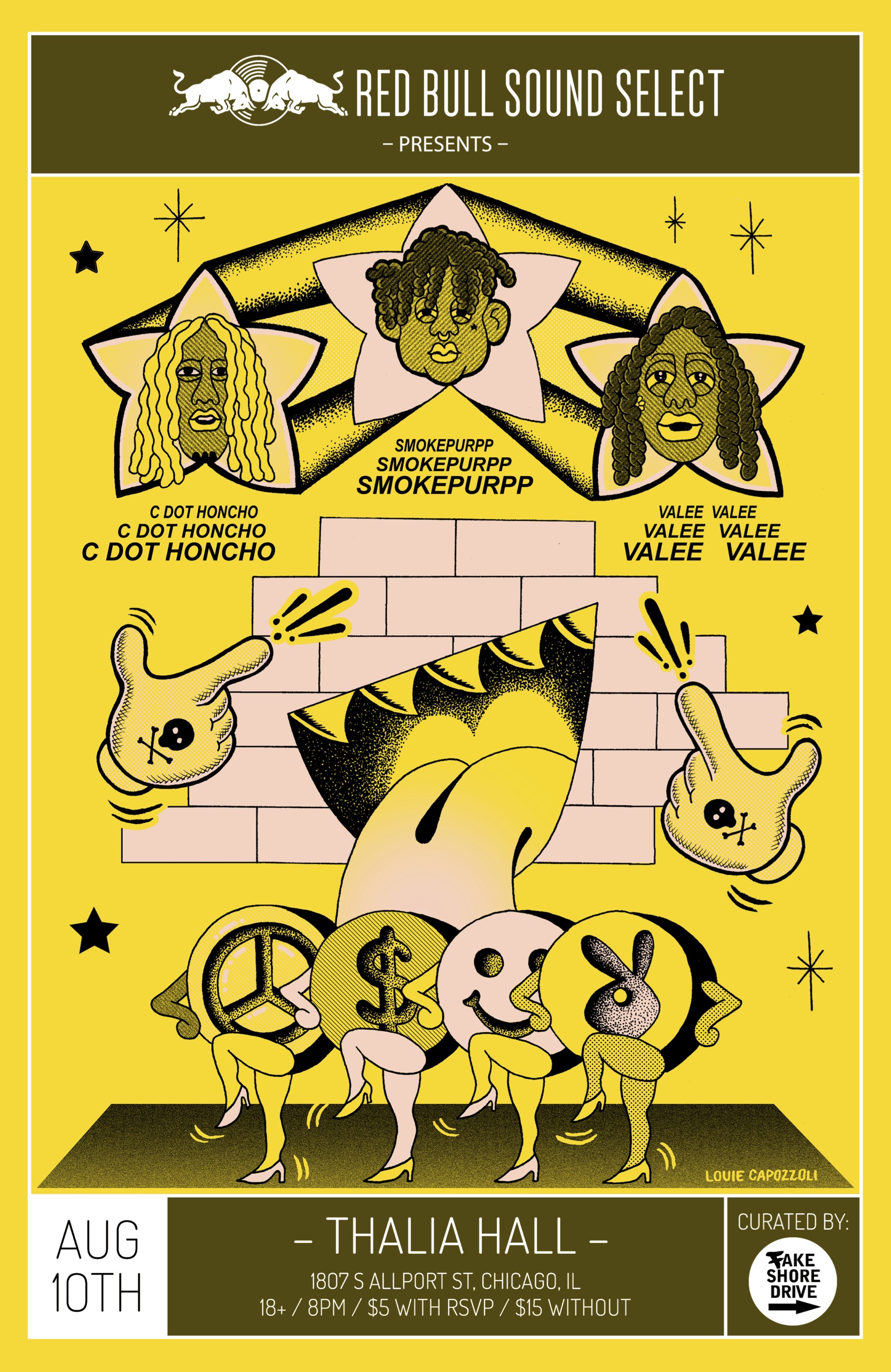 On August 10th, we’re back with our second Chicago endeavor of the year. For this one, we’re bringing Smokepurpp into the fold for a headlining show at Thalia Hall. And alongside Purpp we have Valee and Cdot Honcho: two of Chicago’s hottest up and coming talents.

You guys told us you wanted the FSD and RBSS shows in bigger venues, and we’re going big with this one. But as with all of our shows, early arrival is STRONGLY SUGGESTED. So show up early and wait patiently. Hopefully we’ll get everyone in. The event is 18+, with the doors opening at 8pm. The ticket is only $5 with an RSVP, so we strongly suggest you go RSVP now before they get cut off. Got it? Otherwise the ticket will be $15 at the door.