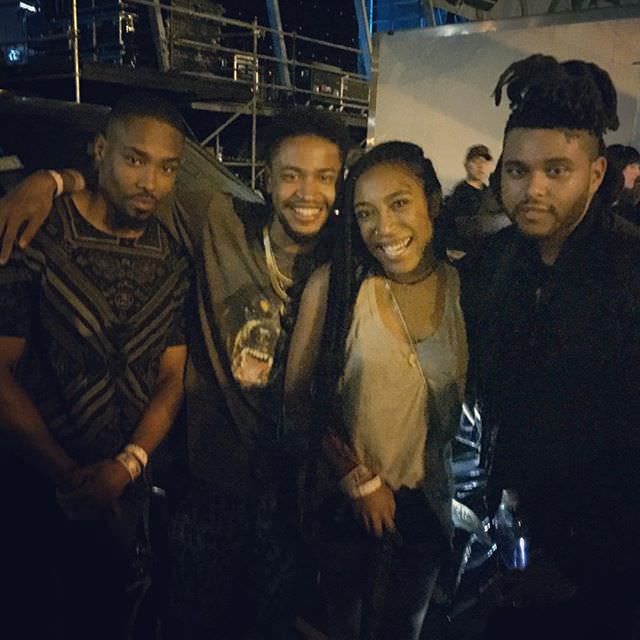 In an era where hardly any records go gold, let alone platinum, hitting that mark is cause for celebration. So congrats are in order for the Treated Crew’s own, Mano, for scoring his first platinum plaque for producing The Weeknd’s hit “The Hills.” It’s an amazing record that’s been dominating radio since early summer, and it only continues to climb the charts and spread worldwide. Such an amazing feat. That hardware is gonna look nice in the crib, I know that. Sky’s the limit for this one. One million sold and counting.

Update: the good news continues, as it was just announced that “The Hills” has officially gone DOUBLE platinum. Mano’s reign continues. Two million sold. Go ahead and chew on that one.

Update 2: “The Hills” is now the #1 song on the Billboard Hot 100, knocking out ANOTHER one of Weeknd’s songs to take the top spot. This joint can’t lose. Mano wins again!

The Weeknd replaces himself atop the Billboard Hot 100 as “The Hills” ascends 2-1, dethroning his own “Can’t Feel My Face,” down 1-3, after three nonconsecutive weeks on top. The Weeknd is the first artist to rule successively since Taylor Swift last year and the first solo male to lead back-to-back since T.I. in 2008.

The Weeknd remains atop the Billboard Hot 100, as “The Hills” spends a second week at No. 1 and becomes the best-selling and most-heard song in the U.S.

Update 4: And now for your weekly Mano x “The Hills” update. The record is still the #1 song in the country and has just gone triple platinum. That’s three million sold. Three million. Add that up.

OMI’s “Cheerleader” and The Weeknd’s “The Hills” have both reached #1 on the Billboard Hot 100. The latter song continues to reign over the all-encompassing chart.

Update 5: Guess what? “The Hills” is now FOUR times platinum and the #1 record in the country for six weeks in a row. You gotta love it.

The Weeknd’s “The Hills” and “Can’t Feel My Face,” which both spent time atop the Billboard Hot 100, recently earned new certifications under the RIAA’s digital singles program.

The two “Beauty Behind The Madness” singles are now 4x platinum in the United States.

Update 6: Let’s go ahead and make that five times platinum.

“The Hills” now outright ranks as The Weeknd’s most-certified single in the United States.

Attention is beginning to turn to his new single “In The Night,” but The Weeknd’s previous release “The Hills” is not done racking up achievements.

On November 12, 2015, it earned a 5x platinum certification in the United States.

The 5X platinum mark confirms a US unit total of at least 5 million.

Update 7: Another one. The record has just jumped to 7x platinum. A STRONG seven million sold. Wow.

“The Hills” has officially ascended to 7X platinum status. The certification confirms a US unit total of at least 7 million, with a unit being equal to 1 paid download or 100 streams.

Update 8: What? You thought it was over? No, “The Hills” continues to dazzle, impress and pull down accolades. Today, “The Hills” was nominated for an astonishing FIVE Billboard Music Awards.

He is also a triple nominee in the Top R&B song shortlist for Earned It (Fifty Shades of Grey), The Hills and Can’t Feel My Face, and double nominee for Top Hot 100 Song for the latter two.

In other award news, Mano will be in attendance at the ASCAP Awards to accept his award for Most Performed Pop Song of 2015. Mano is really gonna need some extra mantle space in a few months.

Update 9: Mano takes home THREE Billboard Music Awards for his work on “The Hills.” Bravo once again — and congrats are in order. Check out which categories Mano will be taking home hardware for below:

Update 10: “The Hills” wins again, as The Weeknd has just earned himself two Guinness World Records for the aforementioned track as well as “I Can’t Feel My Face.” Mano’s production here continues to break records — literally and figuratively. via Complex:

Update 11: “The Hills” is now certified 9x platinum. One million more and this baby is diamond. That’s a whole new level of the game right there. Check back in a couple of months for the diamond post. I’m calling it now. HA! 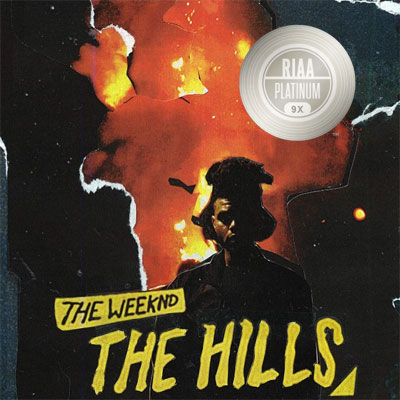