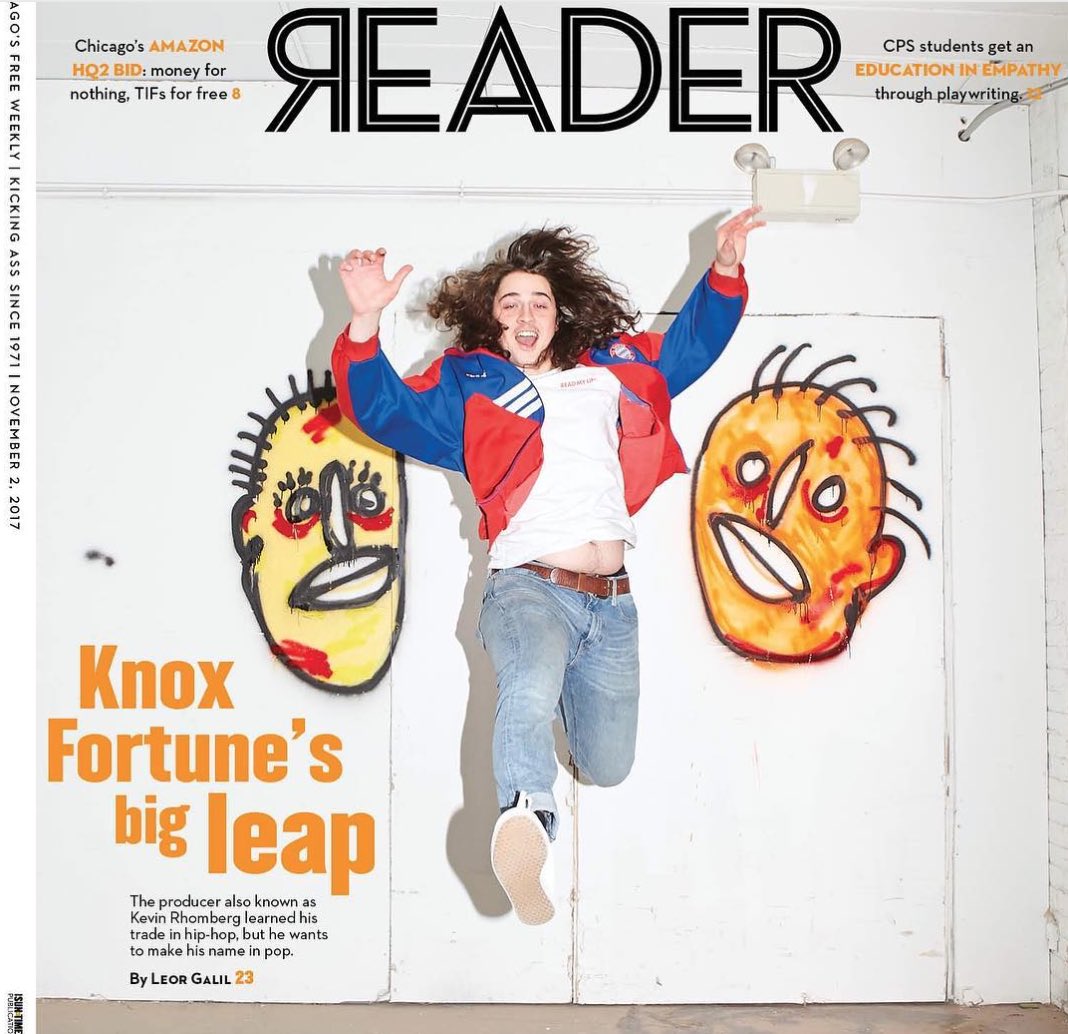 Knox Fortune is having an incredible run right now. From dropping his debut a few weeks back, to selling out shows in Chicago, and announcing tour dates around the country — he’s red hot. He keeps the momentum in full swing with the Reader’s cover story which hit newsstands yesterday.

Leor Galil got down with Knox to chat about a number of topics including his past, present and future. It’s required reading. Do so here.

Rhomberg, 25, began tinkering with beats early in high school, and he’s been engineering or producing professionally for about five years. As an engineer he’s largely invisible to the public, contributing technical expertise but no actual music. As a producer, of course, he’s easier to hear—he’s made instrumental tracks for some of the city’s best rising rappers, including Save Money members Vic Mensa, Joey Purp, and Kami. But that’s no guarantee he’ll get a credit in the track listing, which is as far as most people ever look for it. Though he worked on half of Season, the 2015 debut full-length by Joey Purp and Kami’s duo, Leather Corduroys, you’d be hard-pressed to tell which half. “There’s seven or eight songs total that I worked on, and there’s literally no way to know that I did anything on that project except ‘Mexican Coke,’ because ‘Mexican Coke’ was labeled as such,” Rhomberg says. “That was an eye-opening experience too, where I’m like, ‘Producers just really don’t get that much credit.'”