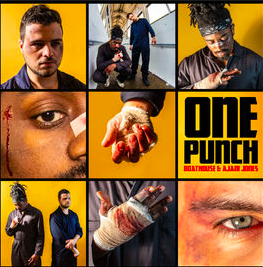 A few weeks ago, I posted the single ‘Apex’ off of the upcoming joint project that Ajani Jones and Boathouse were putting together called ‘One Punch’. The day has arrived and ‘One Punch’ has been released — and let me tell you — it does not disappoint.

Ajani and Boathouse make a tough duo and their chemistry is undeniable. I’ve known these guys for a while and their growth is pretty ridiculous. This project it seems like they really found their stride.

There’s versatility in both the production and lyricism and both Ajani and Boathouse have clearly taken a big step forward in their respective paths. There’s a cohesion throughout the entire project that shows growth for both artists.

They blend together for some monster tracks. You gotta check it out for yourself:

Coronavirus has put the world on lockdown and that includes poker – many of ...