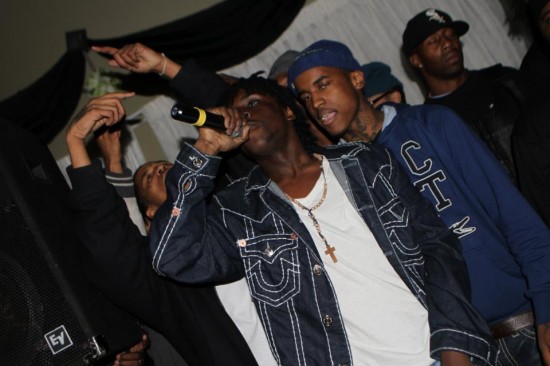 No doubt taking notice of Keef’s 500k+ views of his “Bang” video, Lil B has allegedly signed on to appear on the official remix. No word on when it’s set to drop, but it’s either done or close to being completed. Obviously a major look for the rising Chicago rapper.

Keeping things moving, Keef has also released a new record from his Back From The Dead project: “They Say” produced by Young Chop. Full project on the way. Listen and download below.