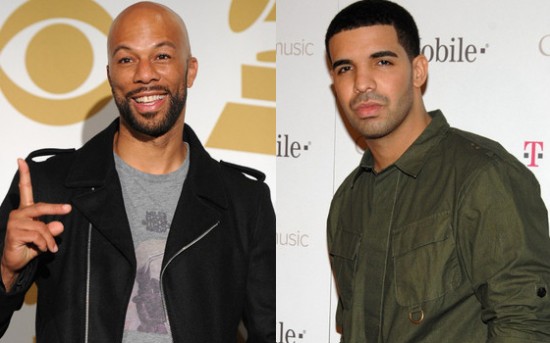 Last week, in the early morning hours of Sunday morning, I tweeted about a run-in I’d had with Drake at the T-Mobile/Google Music party at TAO at the Sundance Music Festival. I asked Drake when he was going to respond to Common and he simply replied “Never;” he also said some other things, but we’ll just let that be.

In an interview with Nation over at NahRight, he asked track about his plans to respond and this is what Drizzy had to say:

So people want to know: will you respond to Common?
No. Because despite how it’s been worded by him that situation is not a “hip hop moment” or a “battle for the sake of musical integrity”…it’s a ploy for attention around the release of an album. More than anything it was just disappointing cause what kid isn’t a fan of what Common has done for our genre. A guy who made such an incredible career for himself based off expressing genuine feelings about life and love is now targeting me for sharing my story.