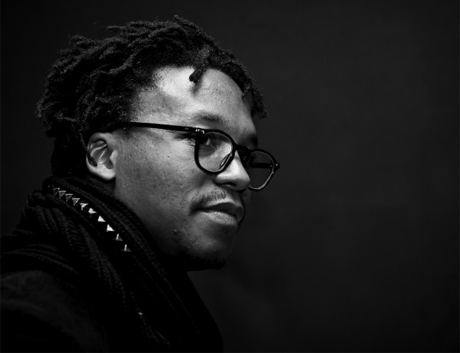 Check it out below:

A long time ago, in my romantic and impressionable youth while in this great city by the Great Lake, my beloved father told me a tale that has held a tight grasp on my mind and world to this day.

One night, while in the family car headed home from the far South Side to the far west suburbs on the elevated portion of the Dan Ryan expressway — where the full skyline of the city can be seen in all its glittering majesty — my father announced in a measured but certain voice: “If you put all the buildings in the city together, they will make a robot!”

I must give the tale due credit, and thus my father, for initiating my imagination as a whole. In an altered format, the tale has even been credited — though quite unknowingly — by the highest of music academies with its highest of honor: the coveted Grammy. While the original tale lacked in verbosity and length, it burst at the seams with mystic enchantment and wonder.

My fate was sealed. My young synapses began to fire in rapid and blistering succession. A cascade of sparks rained down from the upper regions of my brain, only to meet an even more brilliant cascade ascending upward. With giant eyes all aglow and my mouth agape in awe, Chicago instantly became a wondrous new place to me. I was given a new lens to view my surroundings with, a valuable tool to help me literally transform the normal into the extraordinary. It was an exotic and exciting new perspective that has helped build a career and constantly inspires.

To this day, I still ponder how it all fits together and which buildings would be arms and which the legs.