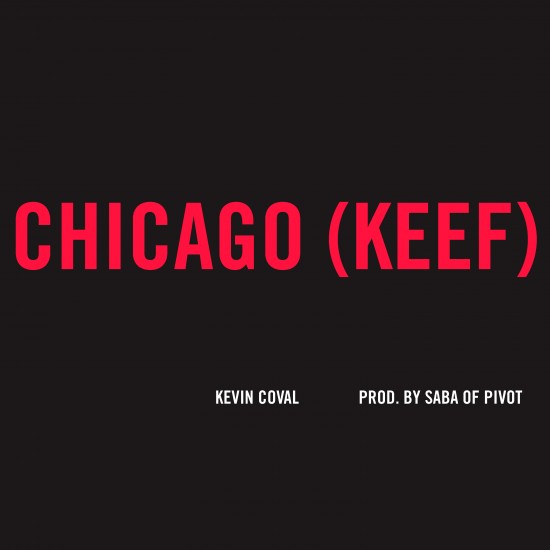 There’s no denying that Chief Keef is everywhere right now — and a local author has decided to look deeper into the phenomenon. Chicago poet, activist and teacher, Kevin Coval is set to release his book, More Shit That Chief Keef Don’t Like, in October via Haymarket Books. The book is a collection of poetry composed by Coval that’s set to address the controversy surrounding the young rapper. Coval states:

Every institution in Chicago fails Black youth. Segregated and systematically inequitable, Chicago is a town where white kids exist in an increasingly idyllic new urban utopia, and Black and Latino kids weave and dodge through a war zone. The largest specter in the spectacle and circus that surrounds the city, Chief Keef has become its poster boy and scapegoat. He is a young man who looks and sounds like thousands of young people in Chicago—reared in a culture of nihilism, death, and capitalism. He is a young man who sings the demented measures and results of white supremacy, the legacy and maintenance of grand inequity. Chief Keef sings a tortured and tormented Chicago song. It is a song we need to listen to carefully.

You can preorder the book right here. Kevin is also having a release party for More Shit That Chief Keef Don’t Like on 10/19 at the Young Chicago Authors headquarters in Chicago, details of which can be found here.

You can preview one of the songs Kevin put together in support of the project, and read an excerpt entitled “Gucci Store” below.

a field trip. a walk past stores

N. Michigan, the northern most

tip of the magnificent mile.

the employees are models,

dream. to even walk in

lit in a case; a museum, a distant

a stash spot in a forgotten

corner of the closet, some place

of going. he doesn’t

want her thinking the worst

or worse feel the couch

in plastic was less than

the belt he bought next.

four hundred bucks on this

than streets on the east

side of a city that won’t

even claim it has an east side

on the low end

the only people who got real shit

are those who could leave.

his wishes are simple:

with the red stripe.

a polo for 3hunna

this is not extravagant

tip of the gold coast

at a poor man’s funeral