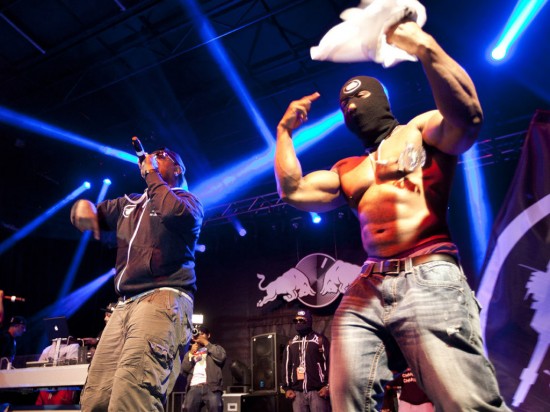 Last Thursday, Fake Shore Drive joined forces with Red Bull for 120 Hours In Austin, which took place during the now mandatory festival for musicians, South By Southwest. The lineup featured many of Chicago’s heaviest hitters including ShowYouSuck, Chance The Rapper, Spenzo, L.E.P. Bogus Boys and The Cool Kids. Master P was our headliner, and the Colonel and his newly revamped No Limit soldiers did not disappoint.

If you missed the show, we feel sorry for you, but we do have some pictures and videos to bring you up to speed. If you did make it out, we’d like to thank you for your support and hope you had an amazing time. Red Bull’s #SoundSelect presented by Fake Shore Drive will return in May with another crazy lineup, so stay tuned for more details.