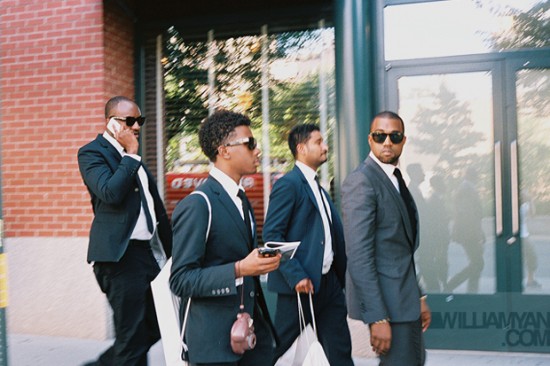 Many of our readers are diehard Anchorman fans, as well as Kanye fans, so this pairing could be quite popular for the FSD demographic. Allegedly, Kanye West filmed a scene for Anchorman 2: The Legend Continues, which comes out in December, earlier today in Atlanta. Interesting, right?

West was apparently filming in Atlanta alongside Christina Applegate and Paul Rudd while on a rooftop. Their “source” says he was “quite afraid of heights and required an umbrella for shade most of the time he was on the roof.”