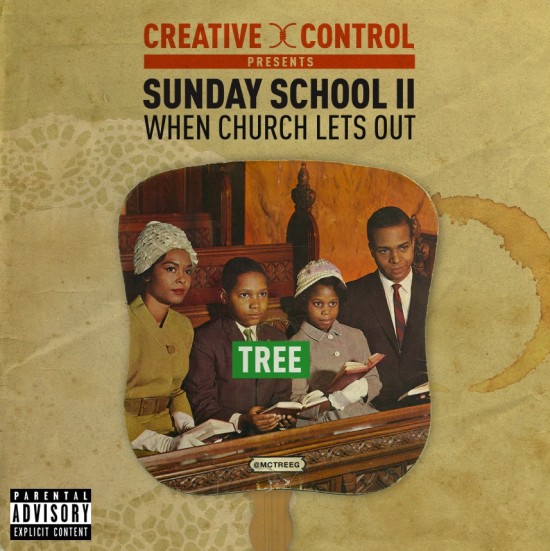 Being one of Tree’s biggest fans/supporters, I felt it was only right to offer up a review/preview of what to expect from SS2.

It’s no secret that volume one of Tree’s Sunday School series was last year’s sleeper hit. FSD has been singing Tree’s praises for years, but 2012 was the year the outside world finally began to catch on. Accolades and critical acclaim trickled in, and in the interim Tree dropped a handful of EPs and one-off projects. But to kick off 2013, Tree returned to form by unleashing the second installment of his Sunday School series. Tree attacked the project with a ‘if it ain’t broke don’t fix it’ approach, but this time around it’s a bit, well, cleaner. And I say cleaner for lack of a better term. And I don’t mean “cleaner” in the content sense, I mean it sounds like it was actually recorded in a real life studio instead of his bedroom, where he recorded SS1.

Well, Tree did record this in a real life studio — Soundscape to be exact. Thanks to his recent partnership with Closed Sessions and Creative Control, Tree was able to take part deux to the next level. Crispier, bigger features and production assistance and a more professional feel. So did it tamper with the charm of SS1‘s bare bones approach? Not really. Of course it’s sounds a bit different, but tastes change, and artists elevate, so this is truly the 2013 version of Tree. The odd-ball samples and rare beat flips are still abundant, but they are a bit more calculated here — and they have to be — the world is watching now.

But as far as the rapping is concerned, ain’t a damn thang changed. If anything, Tree’s grown more confident on the mic. He’s always worn his heart on his sleeve, but now he’s more comfortable in his own skin. He also isn’t scared to address subjects most rappers would be too timid to address. From MTV snubs, to being overlooked, to his birthmarks, Tree lays it all on the table. And this is best displayed on the obvious standout, “Tree Shit.” In my opinion, this is Tree at his most personal and focused. Angry yet optimistic, hungry but also proud — but confident and defiant before anything.

Last night Tree tweeted “Rappers be talkin dat bang bang. but I consider myself highly blessed to have lived, seen & Survive all dat. #Sundayschool2 is my offering.” This statement couldn’t be more accurate. Tree is a modern day blues man. A Howlin Wolf for the Hip-Hop generation. Now drop something in the collection plate and listen to the sermon below. 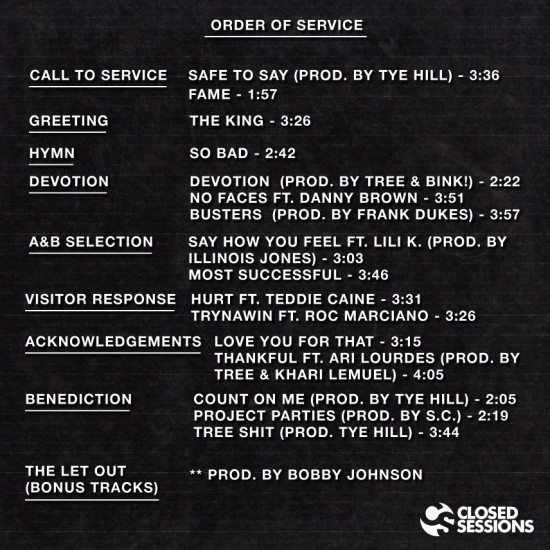