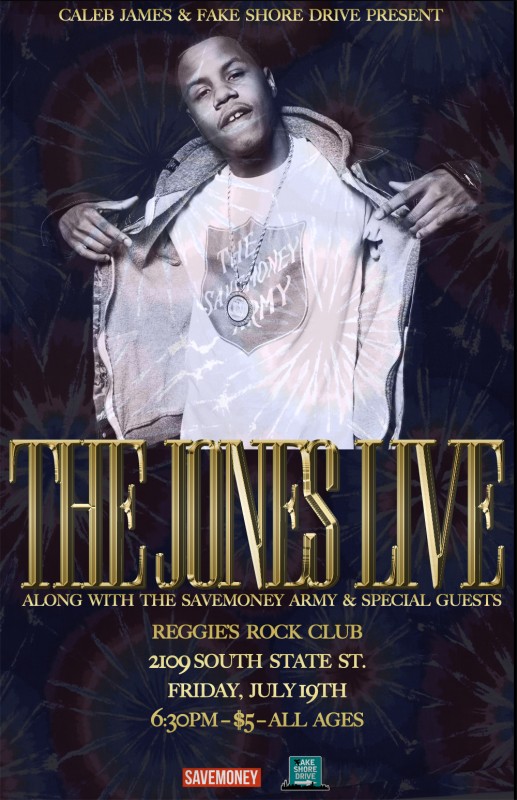 Save Money sensation, Caleb James, a.k.a. the one they call Arrah, steps out on his own for his first major solo show, July 19th at Reggie’s Rock Club in Chicago. The budding star, who has been back and forth between Chicago and Los Angeles as of late, will be performing new joints from his forthcoming project, The Jones.

Caleb will be joined by his Save Money brethren as well as other special unannounced guests. There’s a ton of surprises involved with this show, so I urge you to grab tickets ASAP. And yes, this is an official Fake Shore Drive production. We don’t disappoint with our events, so coming out is a must.