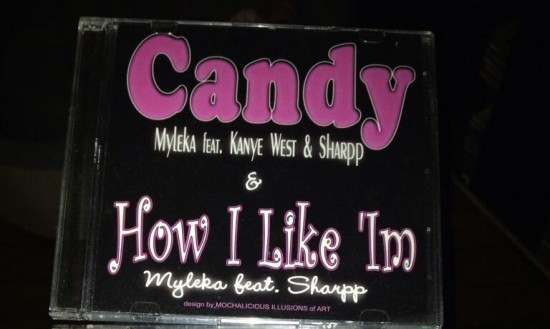 Shout out to my dudes Lucid and Justin Harmond for digging up this Kanye West rarity from the early, early aughts. Kanye’s catalog, especially production wise, goes deep, much deeper than most can even fathom. Prior to becoming arguably the most famous rapper on the planet, Ye was still making the bulk of his bread off beats. But Ye didn’t discriminate, he’d lace a-listers and no-names alike. If your check clear, you could come up.

But many of these beats were leased, which is a practice demonstrated by many rising producers even today. Yeah, you can pay a few hundred to use this beat, but if a Jay Z comes calling, you’re gonna have to share it or just act like your version never existed. And with “Candy” that’s the kind of the case.

You’ve heard this beat before, but not this version. You’re familiar with it being a Trina and Ludacris record by the name of “B R Right.” Remember that one? Sure you do. So before the Baddest B had it, the relatively obscure Myleka was making candy rain to it — and she even scored a Ye verse.

Now, for the 12 of you out there who’ve heard this before, don’t spoil it for everyone else who hasn’t. Enjoy.