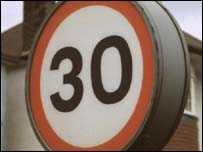 1. Did the world really need another Chingy album?
2. Screw BET, DMX needs to have his own A&E “reality show”
3. Is Birdman’s video for “100 Million” a joke that everyone else is in on but me?
4. …And why do these songs feature the same revolving door of southern rappers?
5. Are there any other singles that T-Pain could jump on? Dude isn’t overexposed at all right now
6. Will any of the 5 projects that MF Doom is supposedly working on ever see the light of day?
7. Does Curtis make a better drink coaster or Frisbee?
8. Is Mos Def going to sign with G.O.O.D. Music, or what? If so can we get another Black on Both Sides? Please?
9. Speaking of G.O.O.D. Music, will we ever see a release from GLC?
10. What about Really Doe?
11. If he’s now an official member, why isn’t Cappadonna on the 8 Diagrams cover?
12. Did Twista really get dropped from Atlantic Records for the poor performance of Adrenaline Rush 2007? If so, shame on them…
13. If Hip Hop is in it’s “Hairband Stage”, then who is the Nirvana that will come along and save us all?
14. Is there a mute button for DJ Khaled?
15. Why hasn’t anyone created a DJ Khaled doll, that when you pull a string, it annoyingly yells his 4 known phrases?
16. Whatever happened to Prince Dejour?
17. Does anyone care about Detox anymore?
18. When is Primo going to produce for a marquee act again? (…and I don’t mean Xtina)
19. Did Apache ever find that next Gangsta Bitch?
20. When are Chris Stokes and Chris Hansen going to collaborate?
21. What in the world’s in that bag?
22. When are we going to hear the Chi-Town version of “Self Destruction” or “We’re All in the Same Gang”?
23. Since Jigga left his post at Def Jam, where does that leave the next Memphis Bleek album?
24. If they’re still in business, will someone please hire Pen & Pixel graphics for their next album cover? I’ll pay! (fake)
25. Related: whatever happened to the 250 artists that were once signed to No Limit Records in the late 90’s?
26. Will the world ever see another Slick Rick album?
27. Who at Koch signed off on that new Styles P video? I know they let the artists have creative control over there, but come on…Sharks? Wizards? Stringer Bell chasing around a glowing briefcase? Men doing pull-ups?
28. Besides The Bishop Don Magic Juan, whatever happened to the rest of the fellas from American Pimp? Filmore Slim, anyone? Ken Red? Oh…Never mind.  Found em.
29. What collabo album will drop first, if at all: Common & Q-Tip, Doom & Ghostface, Rhymefest & DJ Jazzy Jeff?
30. When am I going to learn how to make an “after the jump” option for my posts?