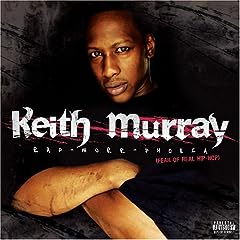 The “It Was All A Dream” Award

Did this album really happen? I mean, I think it came out, but then again it really could be a dream. Talk about falling on deaf ears (Ayo Foxy!). I don’t remember this album being mentioned critically and it definitely didn’t show up commercially. Keith promised to redeem himself from his Def Jam flop of ’03, with hard hitting production from Erick Sermon and the raw lyrics of his better, most beautifullest, Enigmatic days. Unfortunately, Mr. Murray did not deliver on his promise. Note to Keith: we don’t want to hear you rap about selling dope. We want you to rhyme a bunch of big words together that make no sense whatsoever, and possibly don’t exist. That being said, let’s hope I don’t get hit with a barstool for writing this. I’m just sayin… 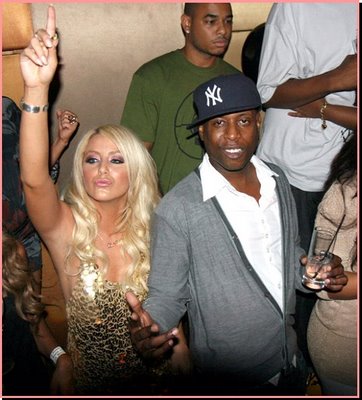 The “I Don’t Listen To, But I Claim He’s One of My Favorites” Award

This category is pretty much a LOCK for Talib Kweli. The reigning champion for the past 5-7 years, Kweli is the fake fans #1 stunna. Don’t believe me? Go to one of your friends myspace or facebook profiles, who you know don’t A.) listen to hip hop or B.) only listen to LCD rap. I guarantee that they list Tallib as one of their “favorite” artists. I guarantee it!! Talib is the absolute go-to guy for people who want to impress others by claiming they listen to “heady” [read: conscious] hip hop. I can’t tell you how many times I’ve been approached at a party (since, you know, I guess I’m the “rap guy”) to talk music and they always drop Kweli (a close second being Common). Most of the time they can’t even pronounce his name correctly. Ask them to name their favorite Kweli song and I bet they’ll pause and say “all of them”. We don’t believe you…

The “Sunshine Anderson” Award (Heard it all before…get it?)

Am I crazy or did anyone else think “Blue Magic” sounded a little too familiar the first time they heard it (and I’m not talking the En Vogue nod)? I immediately placed “Blue Magic” as a Pharrell reworking of the obscure Nas track “Flyest Angels”, from the Charlie’s Angels Soundtrack (Hey, I got it for free at the radio station where I interned). Take away “Flyest Angels” Bollywood sample and replace it with Pharrell doing his best Dawn Robinson and you’ve got “Blue Magic” (my man).

You know what? Maybe I am crazy. 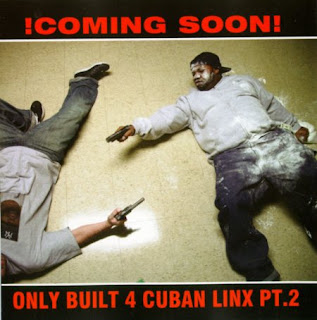 Best “Promo for an album that will never be released” Award

For those of you “lucky” enough to have purchased Raekwon’s protégé’s album – Icewater: The Couch Warmers, then you were treated to perhaps, the single greatest promo/teaser piece  for an album…ever. A picture says a thousand words, and you could really write a whole movie based on this pic alone – I just wish I knew what Raekwon had in mind here. It only brings me up to shoot me down in realization that his album will never be released.

(Related: Rae can you please send me one of those L2 shirts you were wearing on the 8 Diagrams tour? Thanks in advance) 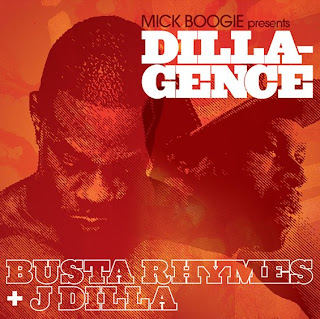 Mixtape of the Year Award

I really don’t get into mixtapes so much, because a lot of times they’re mostly filler and at-capacity with concepts that don’t work. However, give me a bright idea about digging up some old Dilla beats and getting Busta Rhymes to rhyme over them…I’m onboard. I give Mick Boogie a lot of props for even imagining this project and then having the juice to get it completed. It’s definitely one of those situations where I thought: “man, I wish I had that idea first” (I mean, not that I could have completed it or anything.) This was an incredibly original idea and hopefully turned some people on to the greatest producer of all time.

Winner: Kenna – Make Sure They See My Face

Actually, this is probably my all around favorite album of the year. I’m still in denial that Make Sure They See My Face hasn’t even slightly blown up. I just don’t get it. Not only co-signed and produced by the Neptunes (mainly Chad Hugo), but Kenna also gained some notoriety from having a whole chapter dedicated to him in Malcolm Gladwell’s “Blink”. And with the whole ‘Fear & Loathing in Las Vegas’ vibe, the video for “Say Goodbye to Love” could be the illest of the year. If this album isn’t on your radar, I highly recommend you run (don’t walk) out and pick it up. I mean, Kenna is the new David Byrne!

Some might consider this hip hop, but not me (at least not in the traditional sense.) I immediately loved this record the first time I heard it. This young man had to actually mosey over to a random DJ in NYC, who was playing the track, and ask who it was because I had no clue (Talk about an L7!). I saw her at Lollapalooza, but the sound was such a nightmare that it was hard to decipher song from song. Thank God they finally put together a video for the track.  The remix with Bun-B and Rich Boy is even iller.  Somewhere Joe Strummer is smiling.

Most Anticipated Album of 2008

Since Raekwon’s “OB4CL2” is never coming out, I have to give this years honor to Chicago’s own, the Cool Kids.  Chuck and Mikey’s buzz grows by the day and I have friends all across the country calling to ask if I have any information on when their album is dropping. Unfortunately, I don’t; nor do I know what to expect.  Thus far, they haven’t released a song that I’ve disliked, and I’m guessing most of this material will show up on The Bake Sale EP.  I have no idea what these guys have in store, but I guess that’s what’s keeping my attention. 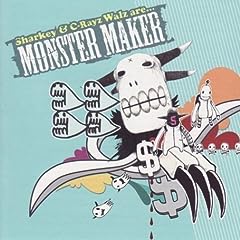 Gnarls Barkley on adderall?  No, no, no…this is much better than anything heard on St. Elsewhere (which I always thought was hot trash and I hate that comparison anyway).  This album was a perfect blend of C-Rayz Walz’ eccentric rhymes and Sharkey’s production, that could best be described as a speedball of hip hop and electronic music .  It’s too bad these two couldn’t get along, otherwise they’d still be touring the world promoting the album.  This CD is about three years ahead of its time.

I also have one final thought for Babygrande or the A&R in charge of this project:  “Electric Avenue” could have been a huuuge single.  WTF were you thinking and who dropped the ball here?