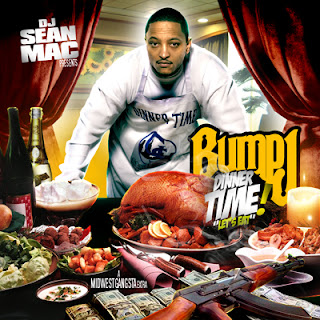 Last night I received an email from the homie Bump J, confirming the internet rumors that were swirling last week regarding his departure from Atlantic Records:

Yes, the rumors are true. I asked or a release from Atlantic and was granted my freedom. It’s a new ballgame now. Bump is in control of his own future. Yes I’m cooking up some crack with No I.D. and Boogz and a couple other producers from the Chi. I’m going to continue to give it to you raw NO SODA.

You can preview a few cuts from Bump’s upcoming mixtape Dinner Time, hosted by Shadyville DJ, Sean Mac, over at his Myspace page now. Dinner Time will be available for FREE download on January 28 over at Bump’s Myspace (and Fake Shore will most definitely have it for download as well.)

More details as they come…

Shout to Bump J and the Goon Squad