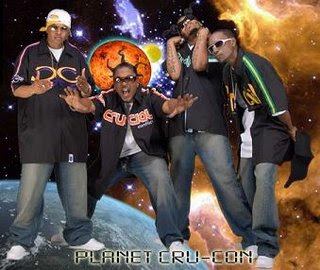 “We’re gonna make Chicago proud because this album represents unity,” Coldhard said. “It’s a new and improved Crucial Conflict… We weren’t on our time; we were on God’s time. Now it’s time to give the people what they were missing.”

I was always a little salty with the way things went down with Crucial Conflict. The Final Tic went triple platinum and its follow-up, Good Side-Bad Side went gold and then something happened with the label. Does anyone have any info on what went down with their Pallas/Universal deal?

At least we’ll always have the Belly cameo. Word to Ike Love.

Related: Much respect to Crucial Conflict, who are Chicago legends in their own right, but what’s up with this album cover? Seriously. It reeks of “Blue Cheese” (Ayo!). Actually, this could be a zoom, cut & paste of another Chi-Town Hip Hop album cover that I despised.