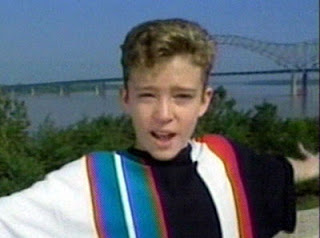 Ahhh…the smell of success – how sweet it is

The latest rumblings over at the URB blog (where you can find your boy doing some additional blogging, by the way – PLUG!) are that Justin “I Don’t Know Anything About Those Steroids Timbaland’s Been Taking” Timberlake is officially a Cool Kids STAN.

While the Cool Kids were in LA this weekend for our issue release party, some interesting biznass went down. According to Jesse Lee, an unofficial official in the Cool Kids’ camp, Mikey Rocks and Chuck Inglish were up in Lionel Richie’s studio (aka Joel and Benji Madden’s recording digs) when Chuck gets a call from Kenna. The Cool Kids had just left a lunch meeting with the experimental pop genius and suddenly, Justin Timberlake was screaming into Chuck’s ear via Kenna’s phone. JT goes on to tell the Cool Kids, now on spearker phone, that he loves the video for “Black Mags” (above) and will basically help them out anyway he can. Then Chuck asks JT to name all the fake things in the “Black Mags” video and after 20 minutes, Timberlake calls him back with the answer

Damn. Timberlake? Kenna? On a conference call – while at Lionel Richie’s studio? The fuck? My head would probably explode.

No word yet on if Timberlake is pushing skinny jeans at this time.