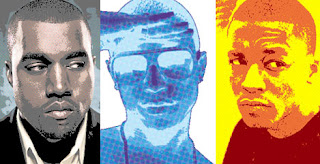 Gotta be fake. I’ll believe it when I see it:

But in this moment all the Chicago MC can think about is the future and CRS (Child Rebel Soldiers), his super-group collaboration with Kanye West and Pharrell Williams. “My phone bill’s probably going to be a thousand dollars ‘cos I was downstairs talking to Kanye for two hours just now,” an animated Fiasco shares. “So it’s coming, the last great idea in hip-hop is CRS — Child Rebel Soldier,” Fiasco says in a moment of West-style confidence. “Knowing our minds and the way we see things, if we can bring that to life, it’s outta here.”

I’d love to see how they’re going to clear the red tape and actually get this album in stores. My guess? This will probably end up being The Horsemen* of the late-2000’s.

*Although last time I spoke with Killah Priest, he assured me it was coming out. Again, I’ll believe it when I see it.