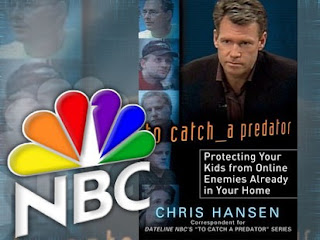 Damn. Looks like his Royal Creepiness was finally called out publicly for his shenanigans with George Daniels’ daughter, Maxine. Miss Info reports:

Chicago music retail legend, George Daniels spoke out to Los Angeles radio station KJLH about the real reason why he and his wife, Regina, severed their 15-year ties with R.Kelly. Turns out the rumors were true, Daniels says they felt betrayed and disgusted when they found out that R.Kelly was having a secret affair with their college-age daughter, Maxine, right under their noses. R.Kelly even bought the daughter a car, which was confiscated by her parents. R.Kelly first met the daughter as a small child. (shiver) And George was R.Kelly’s closest advisor/father figure, while his wife served as his publicist.

Yuck city. Someone get Perverted Justice on the phone – Kells is the ultimate predator. Listen to the audio and read the full story over at Miss Info’s site.