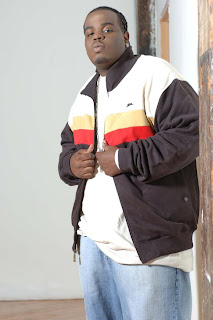 Local rapper and self-proclaimed “Prince of Chicago”, JNan, inked an exclusive deal with US Cellular to have his single “Rapperman” preloaded into cellular phones that have music compatible features. This is the first deal of its kind for a hip-hop artist – pretty interesting stuff. This brings a whole new meaning to the term “Ringtone Rapper”. What will this mean for the future? Somewhere a greedy executive’s mouth is watering.

JNAN, has inked major ring tone deal with US Cellular, becoming the first Hip-Hop Artist to have an exclusive single, pre-loaded on a cellular device. Now all US Cellular users can hear the number one single, Rapperman by JNAN on their US Cellular musically compatible devices.

JNAN has recently completed singles with No ID, Malik Yusef, and AK of Do Or Die, Pheave (Feva), Really Doe, Johnny P. and Rhymefest and is presently in the studio completing two singles produced and featuring Kanye West anticipated to be released in early 2008. “Man! Man! All I can say is Southside, Southside. We’re gonna start this party off right! JNAN is the total package.” -Kanye West.