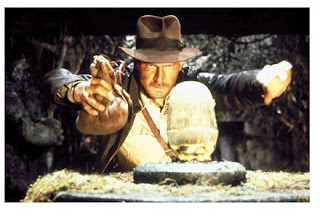 In honor of the Glow In The Dark Tour blowing through the Windy City this weekend, it’s only right that I share with you one of Chicago Hip Hop’s Holy Grails….

This is Kanye’s first album, which is more like a showcase demo, highlighting the talents of himself as well as the extremely gifted roster he was working with at the time. All under one roof he had: The Go-Getters: Kanye West, GLC, Really Doe and Arrowstar. His Kon Man production squad: Boogz and Brian “All Day” Miller. Not to mention the artists in his stable that he was helping groom for greatness: Mikkey Halsted, Rhymefest, Miss Criss and Tajji.

Now, as Brian Miller calls it, “The Lost Ark”, was not easy to track down. I’ve been searching high and low for this obviously-out-out-print album for quite some time, only to find that most people who still have it find the disc so old and scratched up, that’s its basically unplayable. Very few copies were pressed up, so those still holding on to it are really sitting on a treasure. These tracks were recorded in the very late 90’s and early 00’s and though they may sound a bit dated today, are 100% pure uncut dope.

Now, I’m not going to release this on the world all at once (I’m a dick like that), so keep checking back for more – let’s say one a week? The first joint I’m going to bless you with is “World Record Holders” from the Go Getters.