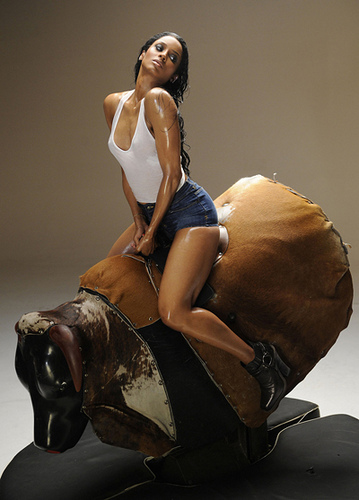 I’m start by saying that the video for “Ride” is one of the greatest pieces of “art” of the 21st century.  Ciara, I salute you.

Anyhoo, back to the hood of things.  John Blu, Ciara’s Jive-labelmate, was recruited for the official remix of “Ride”.  Yes, the official.  Not just your verse tacked on the end “official”, but the Jive-sanctioned “official”.  Buckle up.