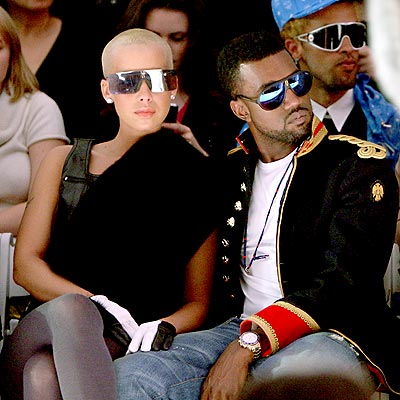 Celebrity gossip blogger Perez Hilton is reporting that Kanye has paid ex-girlfriend Amber Rose up to seven figures to keep her mouth shut and from revealing any details about their now-defunct relationship.  Talk about hitting the ultimate lick.  I’ve never so much as heard Amber speak and she’s become (somewhat) famous and now (supposedly) rich.

Sources are saying that Kanye West has signed a multi-million dollar contract with ex-girlfriend Amber Rose to “silence” her from speaking about his personal life.

She reportedly agreed to never reveal any details about the rapper in return for cash.

An insider says, “It’s pretty common to have ‘silence’ agreements amongst entertainers. I heard that Amber’s getting seven figures to keep her lips closed.”