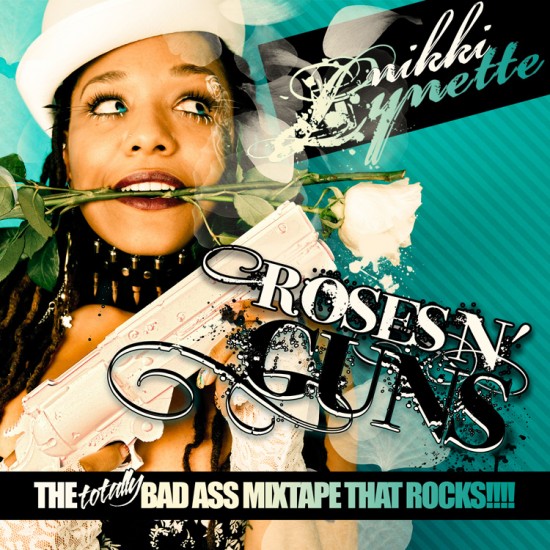 Nikki Lynette, fresh off quite a few MTV placements, drops her latest mixtape Roses N’ Guns via DJBooth.net.  With features from FSD favorites Pugs & GLC this mixtape looks to touch a few different ends of the hip-hop spectrum.

Nikki Lynette has hooked up with DJBooth.net and Digiwaxx to present Roses N’ Guns: The totally bad ass mixtape that rocks, a street album which finds the Chi-town emcee/singer/producer combining hip-hop, R&B, rock and pop influences to craft a genre-bending sound all her own. The project features 13 tracks’ worth of original material, including reader-acclaimed, DJBooth-premiered leaks “Nothing to Worry About,” “Beneath My City” and “Glory Box,” as well as two cuts that were recently licensed to MTV. Produced by Matt Hennessy and Nikki Lynette herself, Roses N’ Guns comes complete with guest appearances by Mickey Factz, GLC, Pugs Atomz, Mr. Robotic, and Atlantic Records’ newly-signed rock/power pop group, I Fight Dragons. 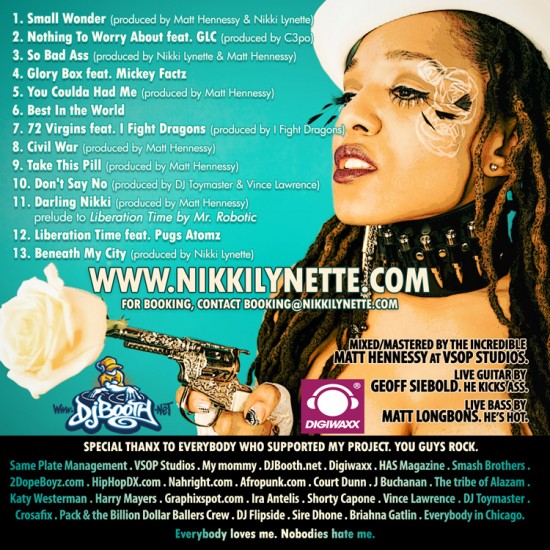