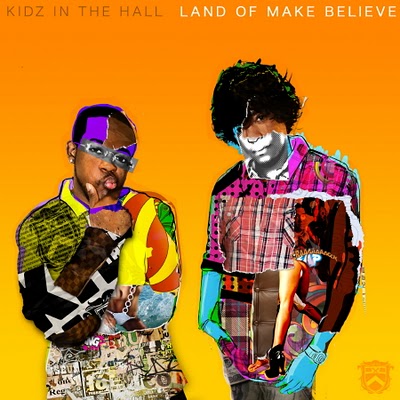 If you find yourself watching the Daily Show and you happen to hear Cold Hard’s voice and “Traffic” playing in the background, don’t think you just ate a whole bag of mushrooms, because what you’re hearing is not a hallucination.  It’s actual facts.

MTV & VH1 have acquired Kidz In The Hall’s complete album, Land of Make Believe, for upcoming placement opportunities in the Network’s original programming. Over the next 6 months, Kidz In the Hall’s music will be tastefully incorporated into MTV & VH1 shows & specials.

This Sunday, June 6th, during the MTV Movie awards (9PM EST/8PM CST), Kidz In The Hall’s song “Running,” from their recent album, Land of Make Believe, will air during a Jersey Shore special. Snookie & J Wow are leaving the rainy north for a road trip to sunny Miami. The segment may be the opening scene for the first episode of the upcoming Jersey Shore 2 season.