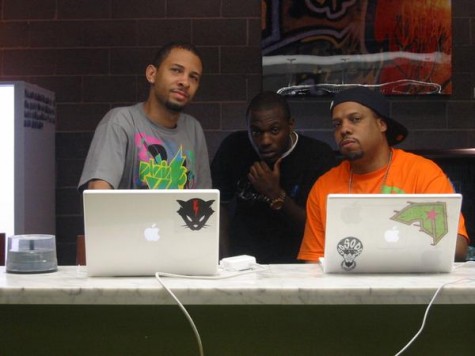 Yesterday, a tagged up Drake track leaked, which was billed as a left over from his debut Thank Me Later, and was *reportedly* produced by Kanye West.

Well, Kanye did have a hand in the record, but two men who weren’t mentioned were – Prolyfic & No ID – who actually crafted  the record.

Well, here’s the clarification and the track if you missed it.

8 thoughts on “No ID & Prolyfic Co-Produced Drake’s “You Know, You Know””