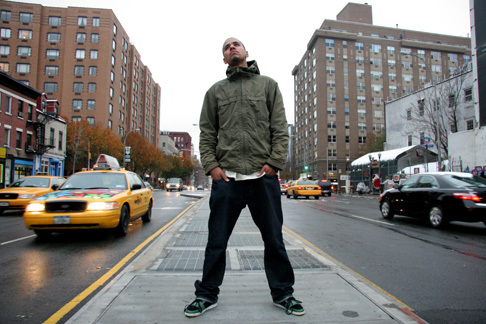 Jermaine Cole made his rounds in Chicago today, including a performance at WGCI’s car and bike show, a listening party at Plan B and hosting an event at Ontourage.

Unfortunately, the listening session wasn’t really a listening session as Cole and his camp didn’t want to play any new records in fear of us pesky bloggers and civilians recording and posting. Understandable in this day and age. I did get a chance to speak with J about the album, which is due in September, and I had to ask him about this work with No ID. Cole said he is producing the majority of the album by himself, but three of the non-J. Cole produced tracks, will be handled by No ID. He also said those three tracks are three of the most powerful on the album. Color me excited for that.  I also hear No ID has been lacing Big Sean with some serious heat as well.