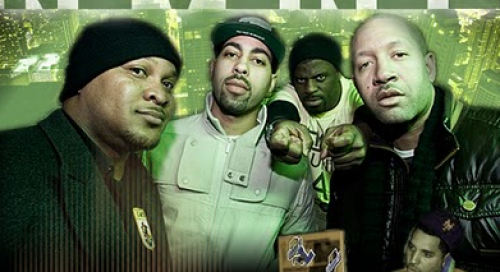 This track appeared on Nike’s City of Win mixtape that quietly dropped over the weekend.  I felt like it deserved some extra shine, as it’s the first recording from the group since February’s “Revenge (4, 3, 2, 1)” put together by Jay iLLa.  This is also their first ORIGINAL song, which was produced by Xcel, who I’m told will be handling the bulk of the production on the project.

As you know, BLX originally consisted of what would be the “4 Horsemen of Chicago”, featuring Mikkey Halsted, Rhymefest, Juice and Twone Gabz verbally sparring with each other on each track.  However, with Rhymefest’s announcement that he’s entering the race for 20th Ward Alderman, what does this mean for the group?  Is the group on hold, or will they cut ‘Fest and keep the other three (the lineup featured here) alive?  Only time will tell what will become of BLX, but for the time being, we have this to chew on [II].   I hear they have about 10 tracks recorded and they’re all on point and of this caliber.  We shall see.