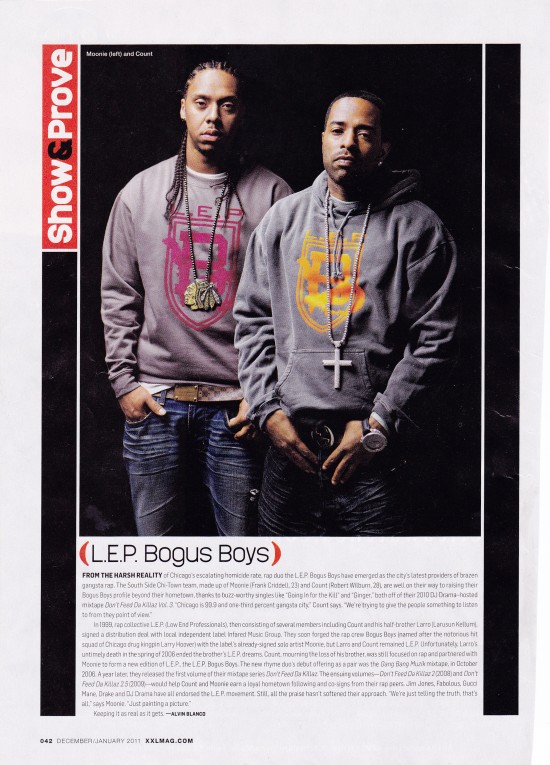 It’s safe to say that the L.E.P. Bogus Boys pretty much owned 2010.  From getting videos added into rotation on MTV, to premiering clips on BET’s 106 & Park, the gritty duo from Chicago were seemingly everywhere and doing everything.  They were recently named one of MTV’s Top 10 mixtapes of ’10, and also received the same honors from Rap Radar.

Adding to those accolades, the Bogus Boys were featured in both XXL and The Source’s 2010/11 holiday issues.   Ain’t nothin’ bogus about that.  Above is their XXL feature, written by my homie Alvin Blanco and below is their Source piece.  Gotta smile every time I see that. 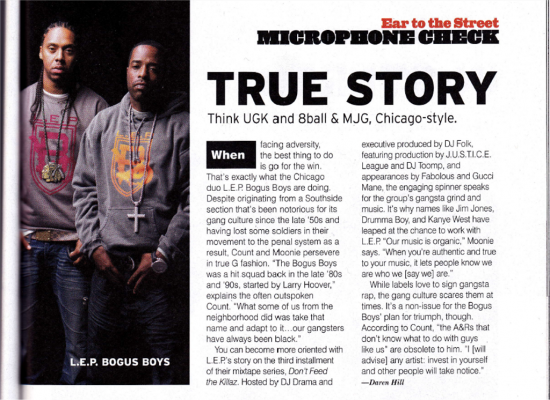