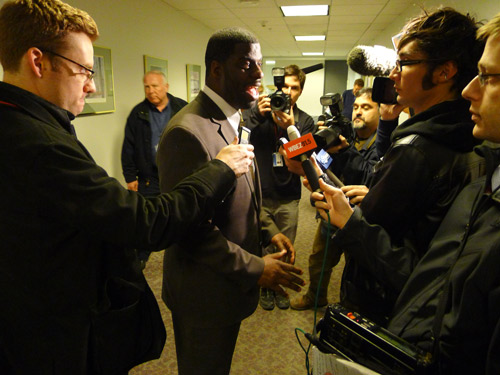 This afternoon, El Che was unknowingly dragged into the middle of a beef between Kanye West and his former artist Consquence. In Consequence’s “Puppet Master” video, Cons alleged that Kanye robbed Rhymefest of his style and career (although it’s not 100% certain what Cons is accusing here), while going on to take shots at Don C, Fonzworth Bentley and others.

When asked about the incident, Fest took to Twitter to respond in the form of a rhyme – one that will be featured on his upcoming project Courtesy of Chicago:

I can describe my thoughts of it best in a rhyme!

I love @itsthecons and @kanyewest, and every mans responsible for his own success/Rapping, Writing and Revolution, Full time job, the only time I ever care is when The People are Robbed!/So if Men kill each other over Ego and Fame the Truth becomes the music thats the only remain…